12th Day: The Garbage and the Recycling

How an independent city can manage all the garbage its produce? Answer: Recycling.

Christiania is responsible by your own garbage. They have a community system which manages the whole garbage through recycling. We find the colored garbage cans scattered through the city and even really integrated to the funny urban environment of Christiania.

They also have a sewerage system based in natural techniques which decompose the human residues in a kind of public toilet called “Hummus Toilet”. They are really useful to those whom intends to camp in the Christiania’s borders.

They also have a recycling center where the plastic, metals and paper are separated and conducted to the right destination. The garbage separation starts inside the house. The whole community is involved in the process of the household waste.

The garbage doesn’t look the bigger problem of this city. The small scale of this community and the individual conscious of each resident seem to be the secret to the successful recycling system. 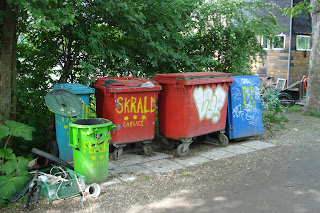 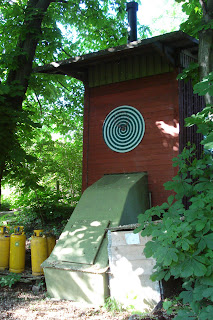