Monday, raining. The weather forecast advises: much rain for the next 3 days. Result: Walk through the city with rain and temperature around 57ºF (12ºC).

I intended to walk through the Copenhagen’s Center. I believe it's a good way to understand the urban context which Christiania is inserted. It's a way which I believe I could link Copenhagen and Christiania.

At the first 15 minutes walking, Copenhagen showed itself beautiful and charming, having a labored and European architecture in most of your buildings. In the next 4:15h... the city became itself in a circus for the monotony, the boredom and the repetition. Buildings with 5 floors, with regular volume and with colors from the same palette, cooperate to keeps the silent environment of the homogeneity. The people walk through cyclists and runners in the streets. The education, the discretion and the individuality are elements so valued like the welfare, the security and the fashion. The Copenhagen’s Center is the place for the certainty, the predictability and for the personal cold.

This society seems learned that modernity doesn't mean pomp. Now they increase the value of a simple life without extravagance. I noticed it looking its urban space: the number of green areas, the few number of cars on the large streets and the absence of visual pollution giving place to a creative and modest urban art.

In the first moment, Christiania was similar a place for the teenager's leisure... Now I understand Christiania lives because Copenhagen need her. At a metropolis where even the green parks are places for the rationality and the regularity, Christiania is strong enough to be the breath of a so controlled society. 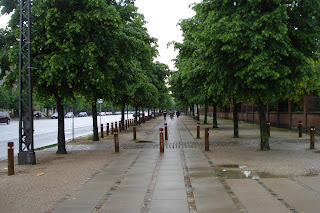 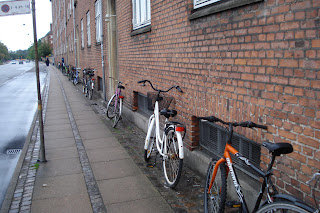 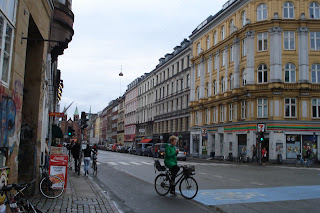