As I told you in a previous post, Christiania seems divided in 2 zones: Residential and Commercial. These 2 zones are used by different people. The residential one is used by people whom live in here and the commercial zone is a mix of people who lives in here and people who does not.

The Pusher Street is the main road in the Commercial Zone. Even this road is divided in two another parts. The first goes from the entrance to the Jazz Club. The second part goes from the Operaen to the Nemoland. We can notice a clear division of the urban space where the second part is used mainly by the hash dealers. Nowadays we notice a new configuration of the Pusher Street. The road seems to be changing its profile. The Pusher Street is the main entrance to Christiania. What the visitants thinks when they arrive in a Freetown which does have this configuration?

I think a city as a society where everybody does have your own place. The city is the intersection between the commonwealth and the individual interests. The society shouldn’t be divided… this division will be expressed in the urban space as it’s happening today. The bigger challenge of a city is how gather the different interests and purposes in the same space. 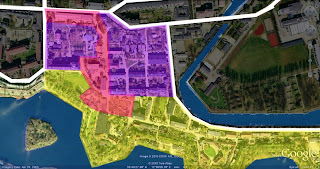